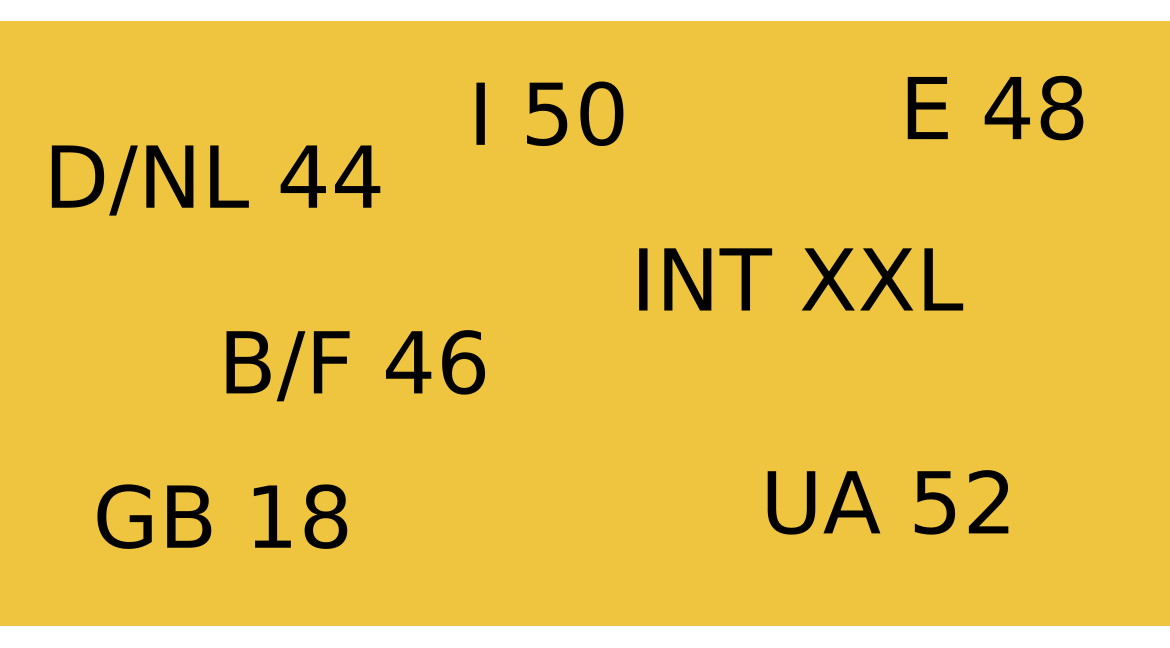 By Galina Levchenko
In Fashion
Views (11059)

There are probably no two people with completely identical figures in the world - we are all different from each other. To make the suit fit perfectly, you need to take accurate measurements: height, girth, waist and hips, length of arms, legs, and others. This is what they do in the atelier. But at the factory, things are not sewn individually, but so that they suit as many buyers as possible - in large-scale production it is impossible otherwise.

Over the long history of serial sewing production, extensive statistics have been collected, so that tables of clothing sizes for women, men and children in various parts of the world are well known and described in the relevant documents. For example, women's clothing in France is described by AFNOR EXP G 03-002 of 1977, in South Korea KS K 0051 in 2004, and the international standard of 1977 is called ISO 3637.

Why are there rules everywhere? The climatic, gastronomic and cultural factors of countries and continents determine the anatomical features, so it is difficult to bring everyone to the same size. But the work is in progress. The biggest challenge is the sizing difference. German and Ukrainian dress with the number 40 on the tag differ greatly

It is important to understand that numbering methods differ not only by region, but also by type: underwear, jackets and shirts, trousers, children's clothes. Here we will talk about women's clothing such as dresses.

The most common notation systems in our country are: international, American and, in fact, ours. There is also a group of incompatible European standards.

Let's consider the main ways of numbering using the example of dresses.

Our 46 corresponds to 46 Italian, 42 French, 40 German. It is interesting that in Germany there are different size ranges depending on the height. Details in the table below

Since the 1930s, there have been several ways to mark products in the United States. In the 50s, an attempt was made to create uniform rules. Over time, an interesting feature was noticed - over the years, clothing sizes "grew". The blouses of the same number issued in 1955 and 1975 differed in size! The reasons for this phenomenon, apparently, lie in the psychology of the buyer - the fashionista wants to pull on a skirt with lower numbers on the tag and for this to happen and the purchase takes place, the manufacturer makes it a little larger.

As a result, complete chaos reigned in the industry, and in 1983 the rules were deemed optional. After that, some private organizations made attempts to introduce their own notation systems, but they were not crowned with success. Now almost every brand has its own sizing systems.

Our 46th is American 10 and British 14, but no guarantee - you need to try on or ask for exact dimensions.

Uses symbols, not numbers. Standard range from XS to XXL. Above - big size. Our 46 - 48 corresponds to M.