What towels are needed for a wedding

Embroidered towels have long been common in Ukraine as an important element of holidays, everyday life, home decoration and an integral part of wedding ceremonies. Time passes, everything changes, and in the memory of many people the wedding remains the happiest event in life. It is the towels that add a special flavor to the modern wedding celebration. How many towels do you need for a wedding? The answer to this question is kept in our rich ritual history.

In ancient times, every Ukrainian girl was preparing for the wedding for a long time, embroidering towels - this is what mothers taught their daughters since childhood. In addition to the main towel for the newlyweds, the girl prepared others for various wedding ceremonies. Each of the towels had its own purpose: a blessed towel, which is laid under the young's feet, a towel under a loaf, wedding towels on icons and others. Red prevailed on embroideries, as a symbol of passionate love.

Earlier, on towels, they never depicted wishes and congratulations to newlyweds like "For luck, for a share." All the information was already contained in the symbols and ornaments that the future bride was embroidering. 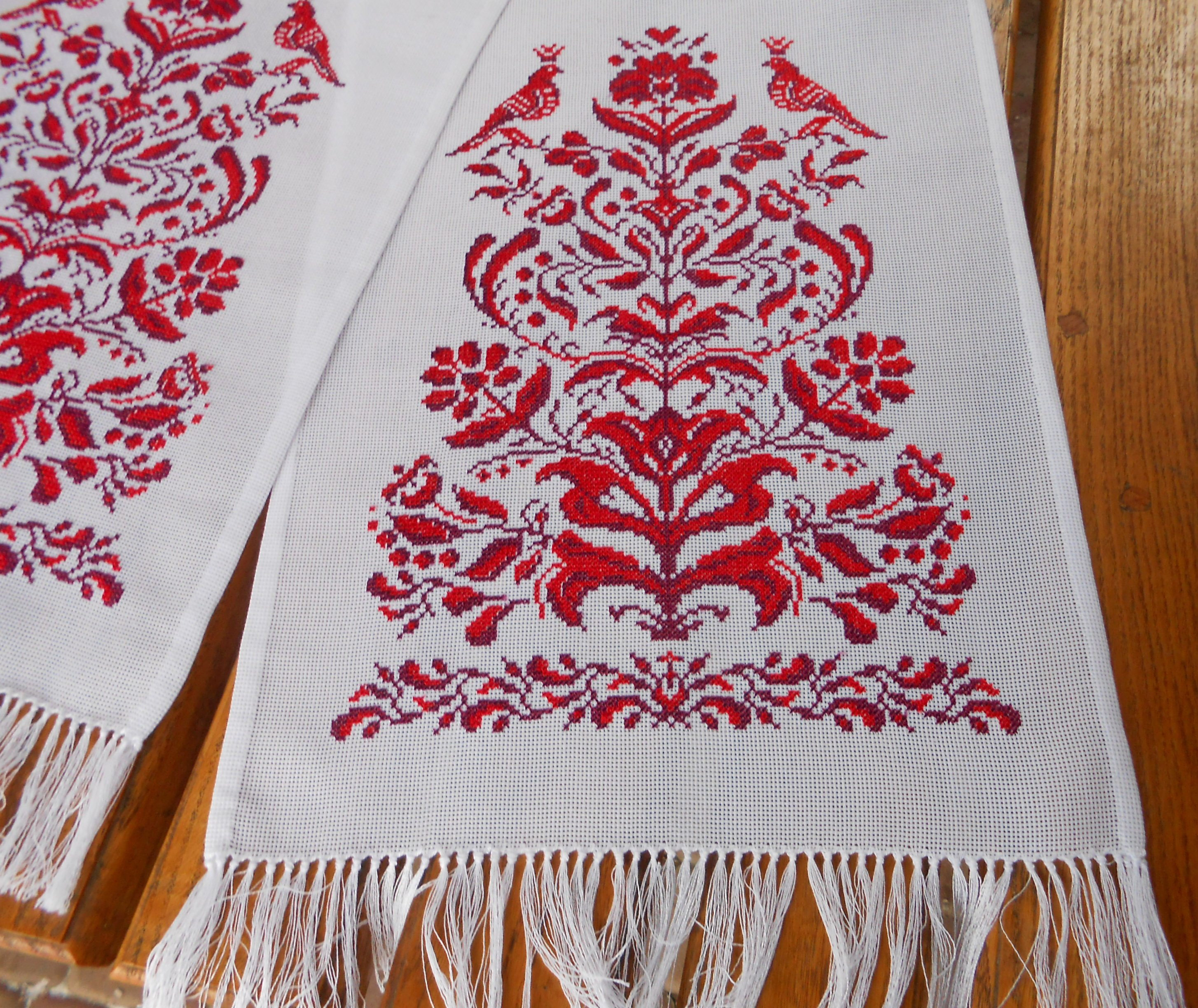 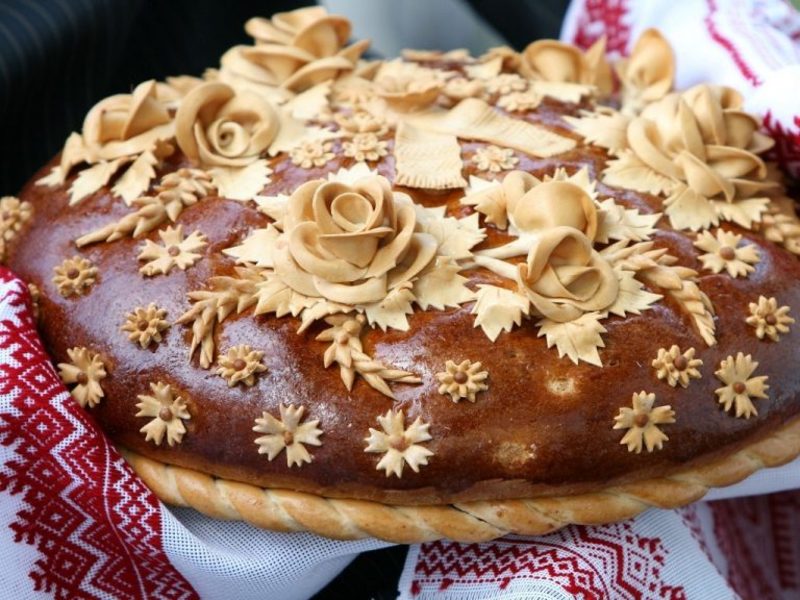 As a sign of the consent of the girl and her parents to the marriage, the groom's family was sent as a gift a feasible towel embroidered with his own hand. The young father handed it over to the groom as a sign that the bride was ready for the wedding and that she could go after her beloved and start weddings. White thread was used for embroidery, in some regions - red, but never black.

Towel for a wedding under the feet, on which young people kneeled when parents gave blessings for their marriage. It had to match the height of the person for whom it was embroidered. This ritual towel was especially appreciated, protected and under no circumstances was it shown to strangers. The wedding towel under the feet had a special sacred symbolism - it depicted a Tree of the Family with a unique energy code, and the embroiderer had to thoroughly know her family up to the seventh generation.

The upper edge of the blessed towel was not turned away, leaving it untreated, which meant the continuation of the family. They used it only during the rite of parental blessing. It was considered sacred and the main one among wedding towels.

A little less and already a wedding towel under the feet. They are tied by the hands of the bride and groom, which symbolizes the spiritual connection of the newlyweds, their common future of life and love.

Wedding towels that are tied to friends. It is they who are a response to the modern custom of putting ribbons over the shoulder to the witnesses of the bride and groom.

The most important wedding towel today is called "bridal". Just like a towel under the feet for a wedding, the newlyweds stand on it during the wedding in the church. The wedding towel was decorated with symbols of love - flowers and a pair of doves with periwinkle twigs in their beaks. The towel used to cover the bride in the church was embroidered with white thread.

Towel under a loaf for a wedding

Bread on an embroidered towel is an eternal symbol of humanity and a high sign of hospitality of Ukrainians. They embroidered bright flowers on it, usually roses and poppies. With a hospitable towel and a loaf, the parents greeted the young after the marriage ceremony. A wedding towel under a loaf decorated the festive table in front of the bride and groom.

Rushniki-gods adorn wedding icons. The towel does not obscure the face of the icon, it only covers it from above and on both sides. There are no special requirements for the gods, that is, they are embroidered both for a wedding and for a corner of the house. 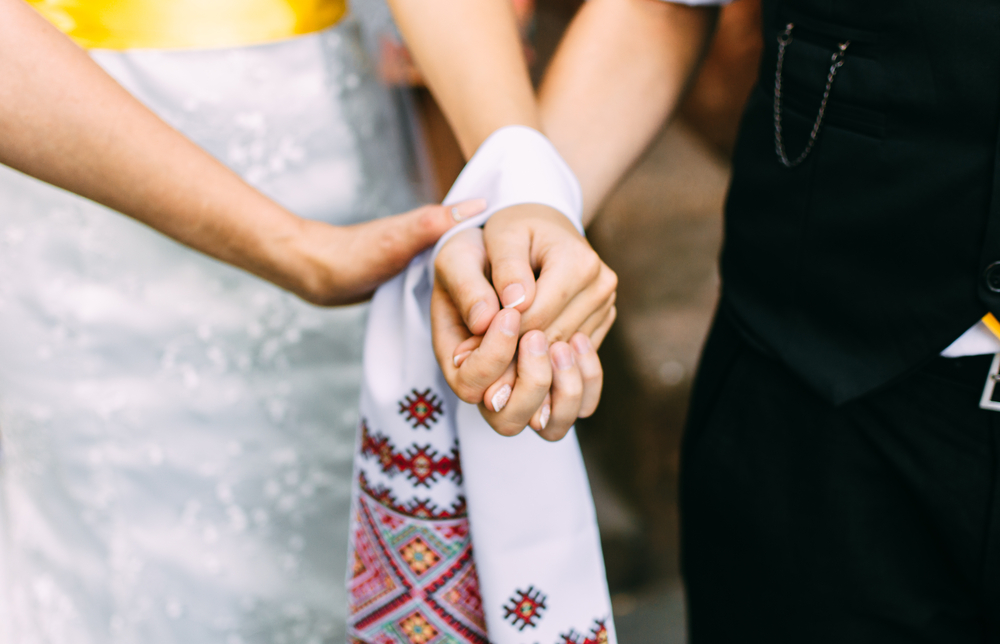 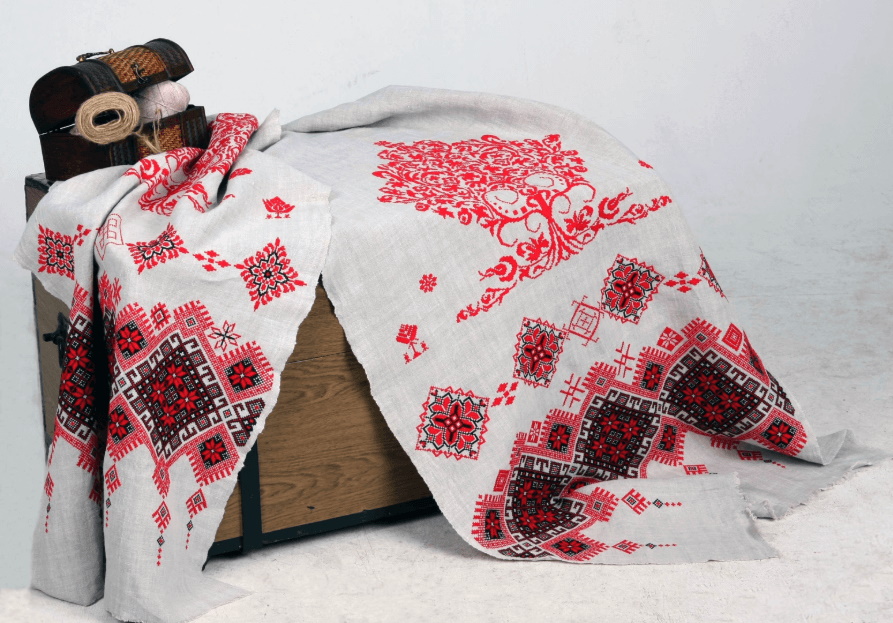 Towel for a wedding is a symbol of the future family life of the newlyweds, love, a common life path. To make the life of the spouses happy, towels should not be sewn from several parts. The fabric should be smooth, of high quality, without defects, and the embroidery should be two-sided, neat, without long broaches and knots. The canvas or the towel itself must be purchased on your own and in no case should you borrow.

They use wedding towels, especially a wedding towel under their feet, only once. If the family life of the spouses turns out to be very happy, only the ornament is inherited, and a new towel is embroidered.

An embroidered towel is a very individual thing that must be treated with special respect. Best of all, when the bride embroiders towels on her own. The main thing is to be in a good mood, with bright, sincere and positive thoughts.