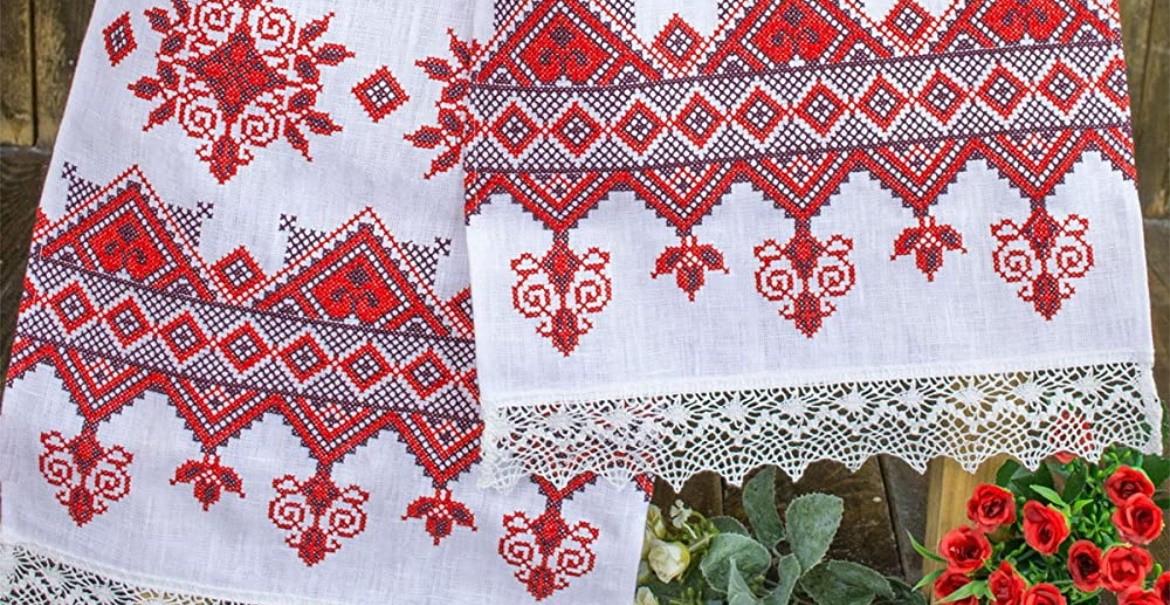 By Larisa Grigorovich
In Fashion
Views (21828)

Each Ukrainian girl prepared in advance a certain number of holiday towels for her marriage. According to tradition, there should be several wedding towels : to bandage the elders, friend, decorate a loaf, honor icons, join the hands of newlyweds, get married in church, receive the blessing of parents and others. All towels should be different because their purpose at a wedding is not the same . There are certain requirements for a wedding towel: 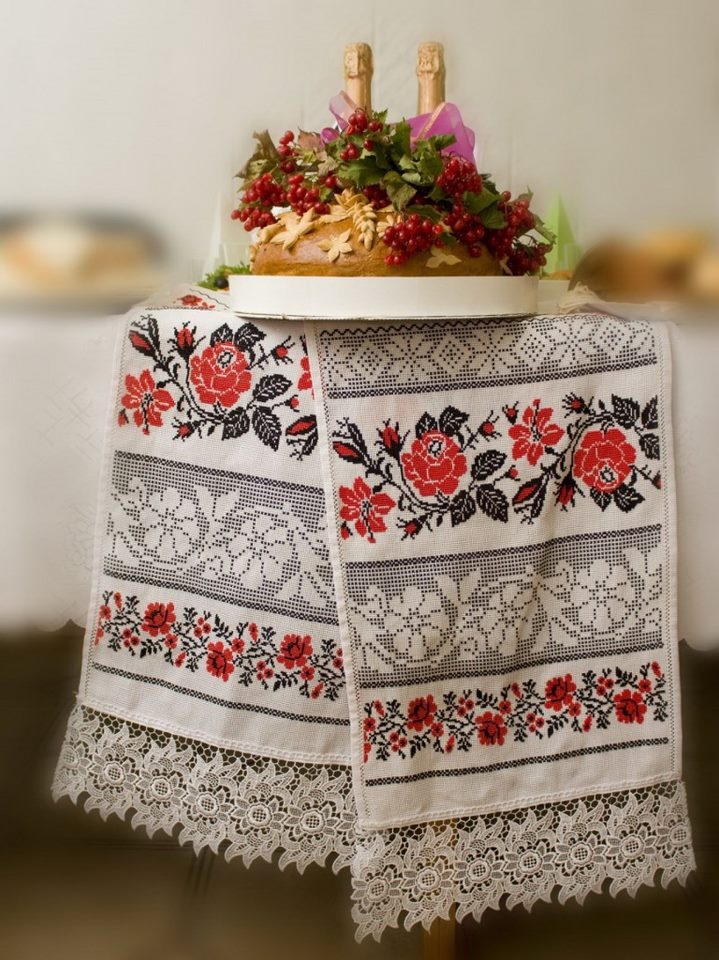 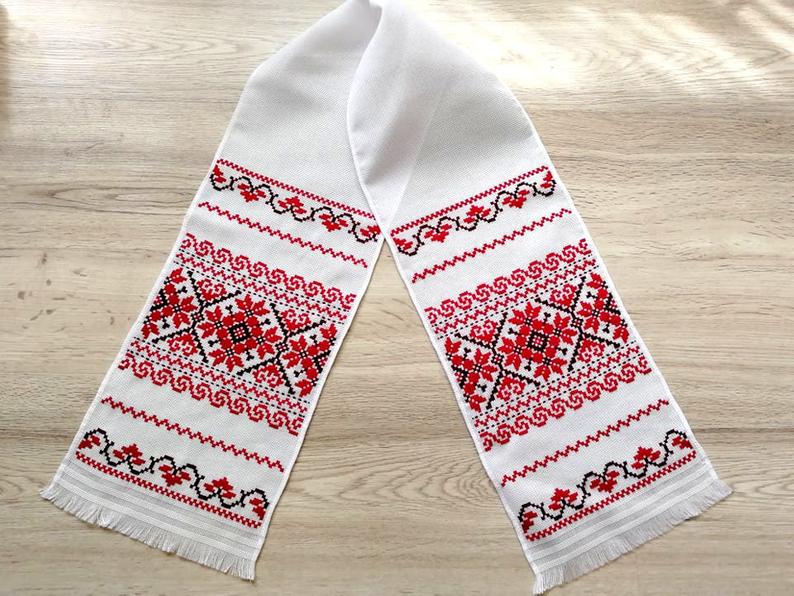 Wedding towel and its symbols

Wedding towels have a variety of symbols. The pattern and ornament must be chosen by the embroiderer herself. They embroidered only the pattern that they liked the most, then its symbolism is the deepest.

The main thing was considered a wedding towel under the feet, or a blessed towel. His white canvas is a symbol of a clean, sincere and open marriage. The red color of the threads symbolizes Life, the Energy of Continuation of the Family.

The central element of the image is the Genus Tree , "growing" from a pot, which symbolizes the Earth and various benefits. The Tree of Life is an extremely powerful sacred symbol, the use of which in wedding embroidery carries a powerful meaning.

The pot should be stable and wide so that the family does not bow to anything and is strong. It is the Tree that is the symbol of the family. Each flower is a family member: grandfathers bent down, parents and their children are taller. The Tree of the Family is crowned with a symbol of the future generation - a trefoil.

Decorate the Tree with birds - symbols of spring, love, purity and family harmony. Place the birds with their heads facing each other.

Individual birds or flowers embroidered around the tree symbolize the souls of the ancestors, and not the embroidered part of the white cloth over the Tree of the Family symbolizes the bright future of future generations.

The bindweed along the edge of the towel reflects maiden loyalty and love. A vine with bunches is a symbol of family well-being and joy. Cockerels are the beginning of a new life. Oak leaves are a sign of masculine strength, acorns are family happiness, and wavy framing lines signify order in married life and balance.

Also, on wedding towels and shirts, viburnum is often depicted - a tree of the Ukrainian family. The plant was originally associated with the birth of the Universe, and its red berries are a symbol of blood, struggle and strength of the Ukrainian people.

The hop photo embodies the riot of youth and love. After all, near the girl, the guy "curls like a hop."

A wedding towel should traditionally have double-sided embroidery, without knots and constrictions, so that the life of the newlyweds is happy and good both on holidays (symbolized by the front side) and on weekdays (the reverse side of the embroidery). The front side of the wedding towel is also a symbol of our actions, and the back side is a symbol of our thoughts. Therefore, if the reverse side is executed roughly and sloppily, then the life of the new family will be only for show. If there were minor mistakes, then they were NOT squeezed or corrected , because life cannot be lived without mistakes at all. 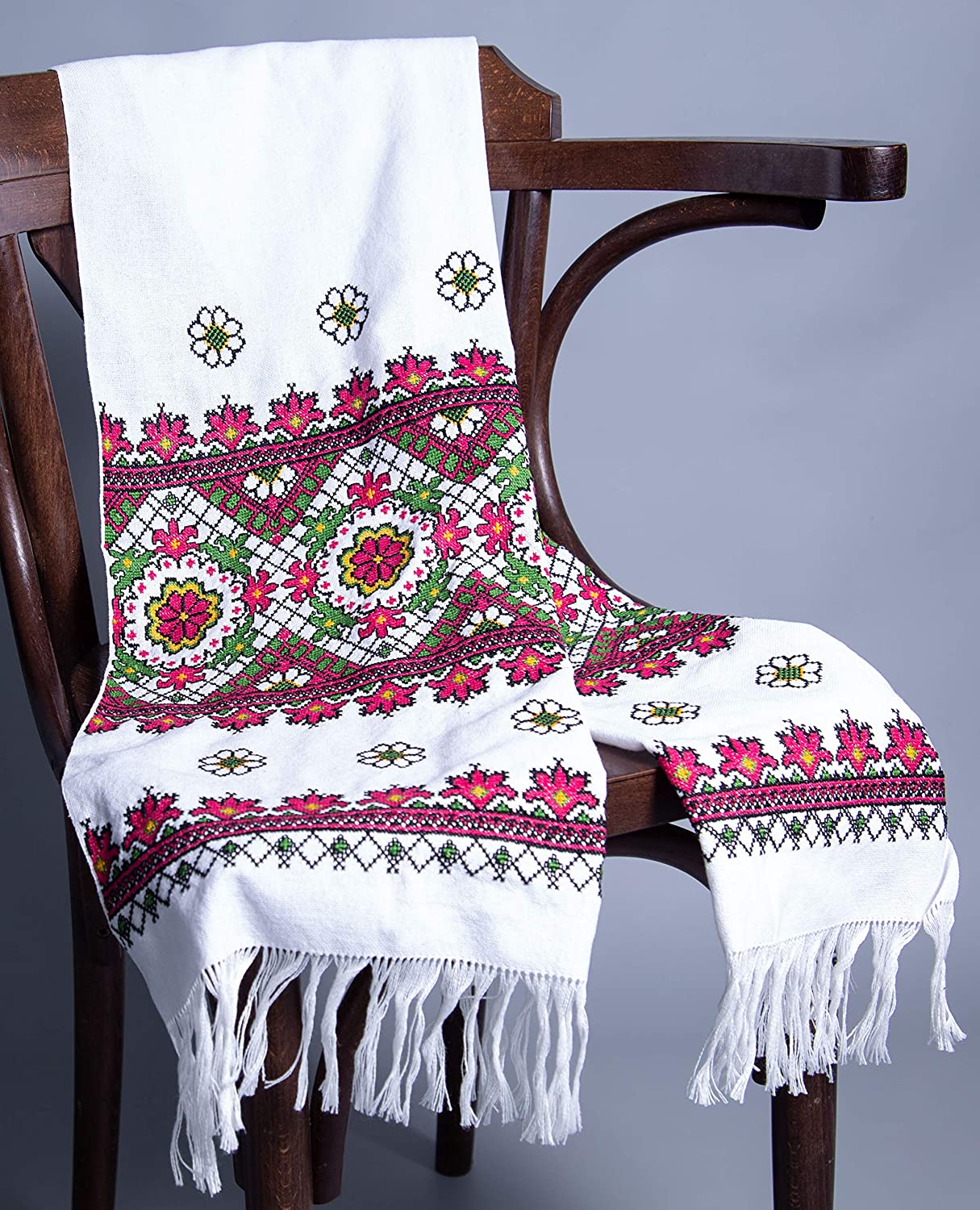 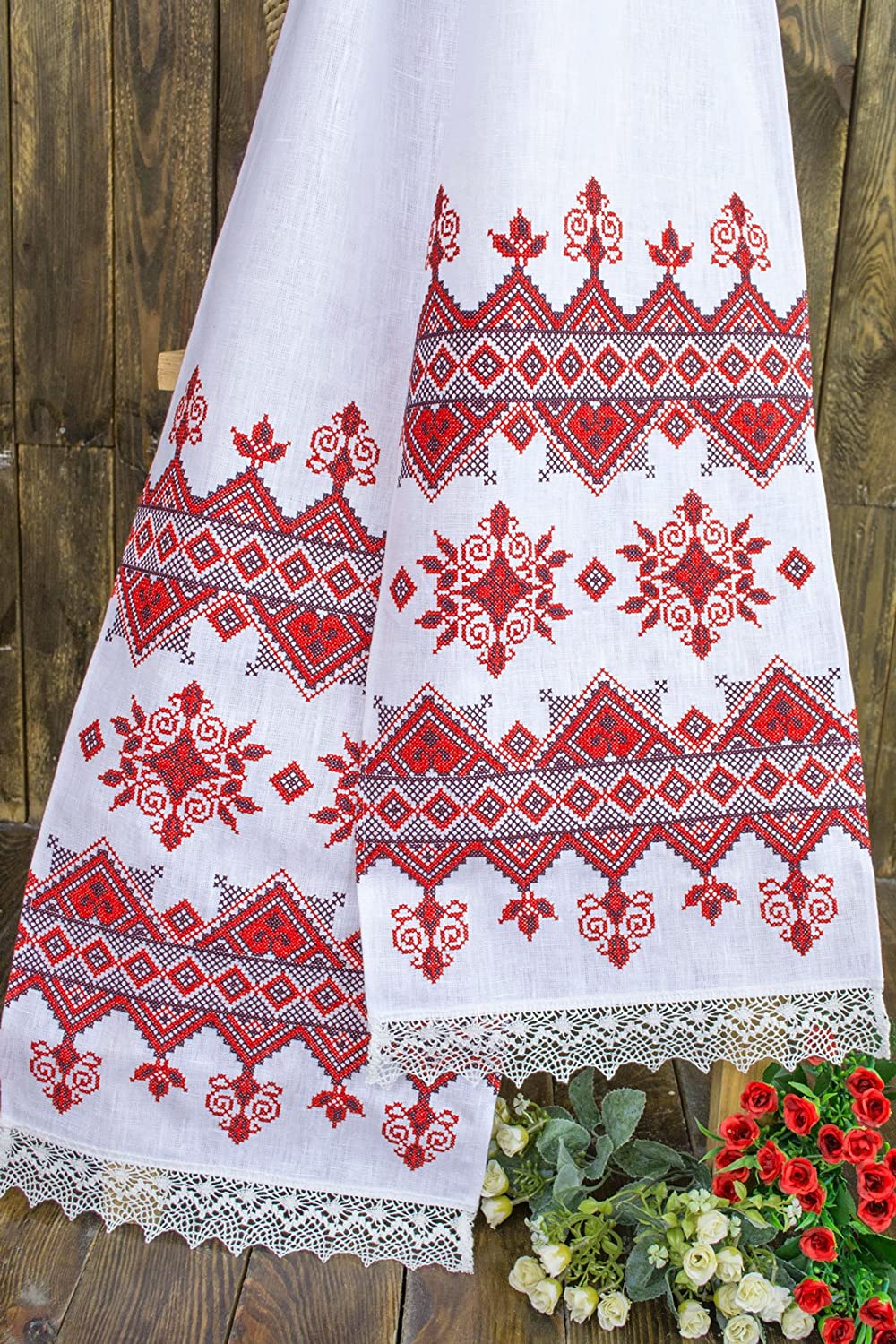 It was believed that starting work on a towel is better on Thursday , because this is a special day - the "top" of the week. While embroidering, it was impossible to argue, quarrel and think about the bad, because, according to belief, this is what married life will be. During the embroidery of a wedding towel, it was considered a good omen that the girl performed lyric songs about happy love.

Towel canvas was never borrowed . It had to be woven by yourself, or purchased.

Silk and woolen threads preserve energy better. Synthetic fiber is considered completely unsuitable. To embroider a wedding towel, use one needle from beginning to end . It is considered a bad omen to lose or break a needle while working.

The wedding towel under the feet, according to the sign, cannot be washed, because in this case the subtle energy of the thoughts and hopes of the embroiderer is washed away. Each stitch is a coded desire of the girl to have a strong family, prosperity and be loved, so they work on the towel very carefully and carefully. The towel with the Tree of the Family was not removed from the upper edge so that the family continued.

After the wedding, the blessed towel (under the feet) was removed to a secluded place. A woman never showed her wedding towel to anyone until the end of her life in order to preserve the family and peace of married life.